FUEL GILT Conference is one of the largest events of FOSS language technology - Its challenges, solutions, best practices and its conventions. Due to some unavoidable reasons, we are a bit late in announcing CFP.  We apologize for the same. We are late, but this time we have grand plan to celebrate the presence of our languages on new technology platform.

Yes, we have a grand plan! Total three days for the event : 20,21 and 22 Nov 2015. So, save these  dates on your calender! The host for the event and venue is - Tamil Virtual Academy (Erstwhile Tamil Virtual University), Anna University Campus, Gandhi Mandapam Road, Kottur, Chennai, Tamil Nadu. Thank you TVA.

We are happy that, this time Mozilla Localisation Hackathon is being organised as a part of FUEL Gilt Conference 2015. We have FUEL Gilt Conference on 20th Nov and Mozilla l10n Hackthon on 21-22 Nov.However, the localization hackathon is open to the invited members only. If you are one of the localizers contributing to Mozilla, you may contact your locale leader to know more about it. This year Mozilla Corporation, Centre for Development of Advance Computing (C-DAC), Pune and Red Hat are the main organizers of the Conference. The event is being hosted at Tamil Virtual Academy and supported by Free Software Foundation Tamil Nadu. Thank you all for helping hand.

Call for Presentation Proposal is open till Oct 31, 2015. Please send your proposal in required format mentioned on the page:

FUEL is growing only because of the support of volunteer communities world-wide and several well known organizations! The power of the event is the power of collaboration, the power of sharing, the power of volunteerism! Currently, More than 60 language communities are working with the FUEL Project. Since 2008, FUEL Project is consistently working with the different language communities to provide standard linguistic resources eg. Terminologies, style guides, assessment methods etc. to the world.Like last year, please collaborate and cooperate to make the event a huge success!

W3C India - A Road Ahead 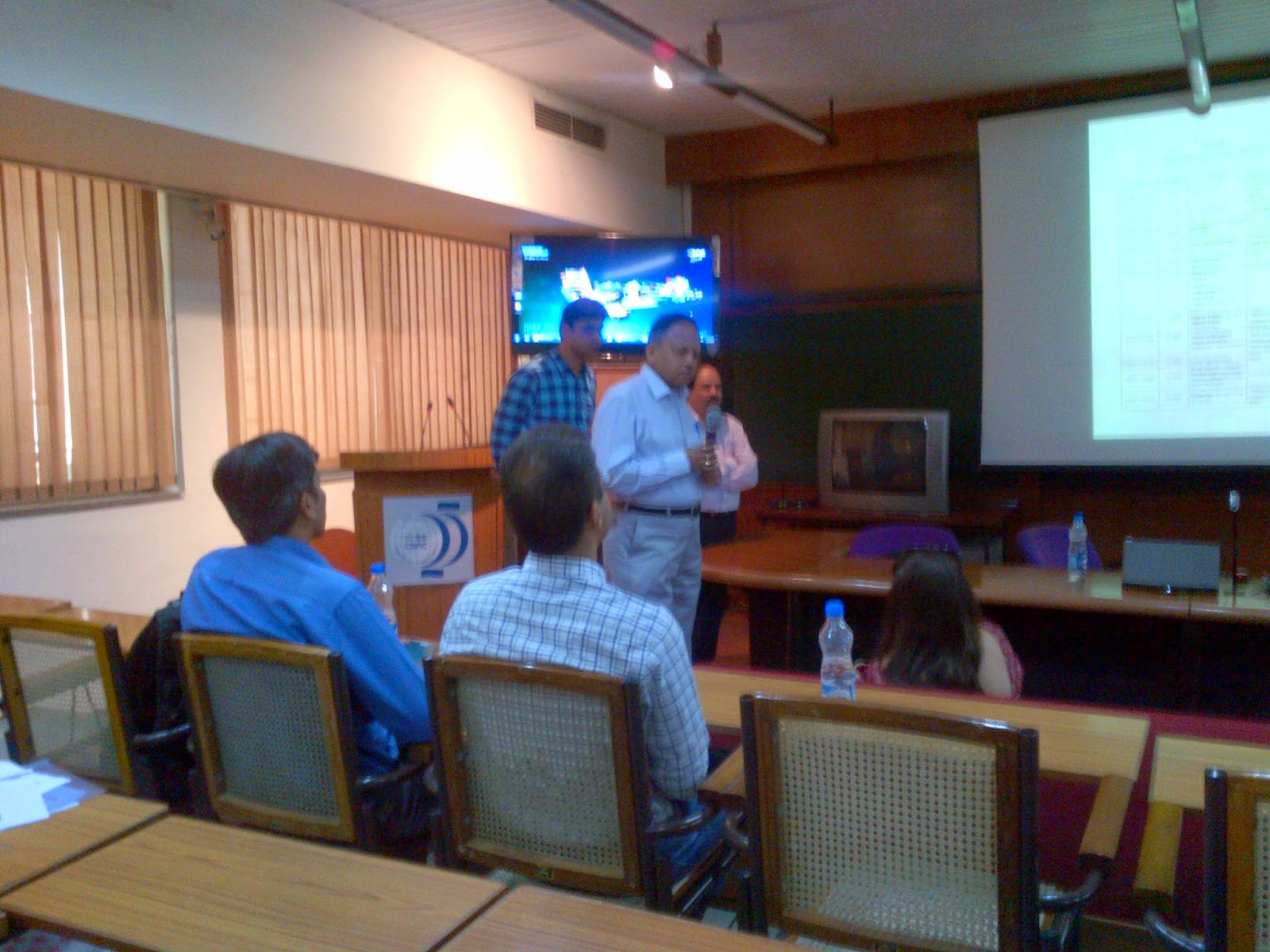 On 22nd of April 2015, I got an opportunity to attend W3C India Community Meet-up held in the CDAC office based in Mumbai. People from all over India and of different domains came Mumbai to participate in the event. Organised by W3C India, the event was of interactive in nature. The whole day event was divided in two parts - the first one was concentrated on 'Digital Publishing in India - Next Steps’. 'Web Payments landscape in India’ was the topic for second session. In the CDAC’s Juhu based beautiful office, the event was very much engaging and interactive.

The country manager of W3C India, Mahesh Kulkarni welcomed the participant and briefly discussed about the whole day agenda. Executive Director, C-DAC, Mumbai, Dr. Zia Saquib gave the opening remark and said that the meet-up is very important for future. Priyanka M. Rawal, Business Development Lead, W3C India, gave introduction about W3C and shared W3C India activities with the audience. The CDAC team discussed about the Digital Publishing Community Group. After a good lunch, Global Business Development Leader, W3C, Alan Bird gave keynote address via Skype and shared broader picture of W3C and said that why it very important to participate and be active with W3C activities. In the after lunch session, the team of National Payments Corporation of India also presented and demonstrated about the work of web payment standardization with respect to India. 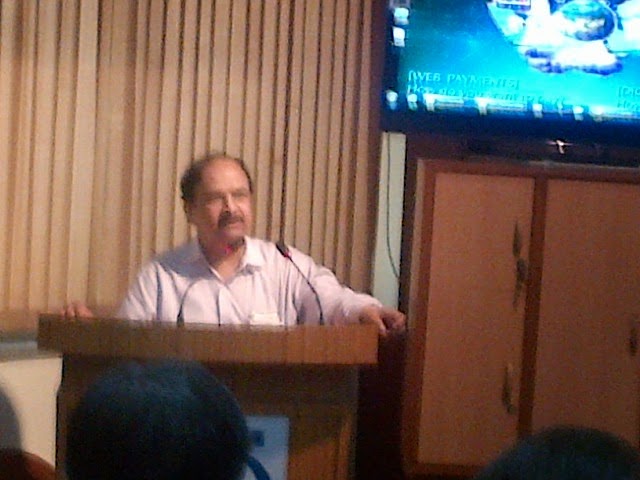 The most important aspect of the whole day event was the way it was conducted. The entire meet-up was very open and transparent in nature and participation of audience was awesome. CEO of National Internet Exchange of India (NIXI) Dr Govind was also present. During the open discussion, he also shared his views and said that it is very important for Indian to participate in such activities and we should be proactive so that we should not lag behind from the rest of the world in the field of information and communication technology field. Pavanaja U B of CIS raised some queries about the development of last one year. Lot of participants were from publication domain and they discussed in detail about the challenges of e-publication. Mahesh Kulkarni gave vote of thanks. A great event. Thank you W3C India for inviting me.
प्रस्तुतकर्ता राजेश रंजन / Rajesh Ranjan पर 11:23 AM No comments: 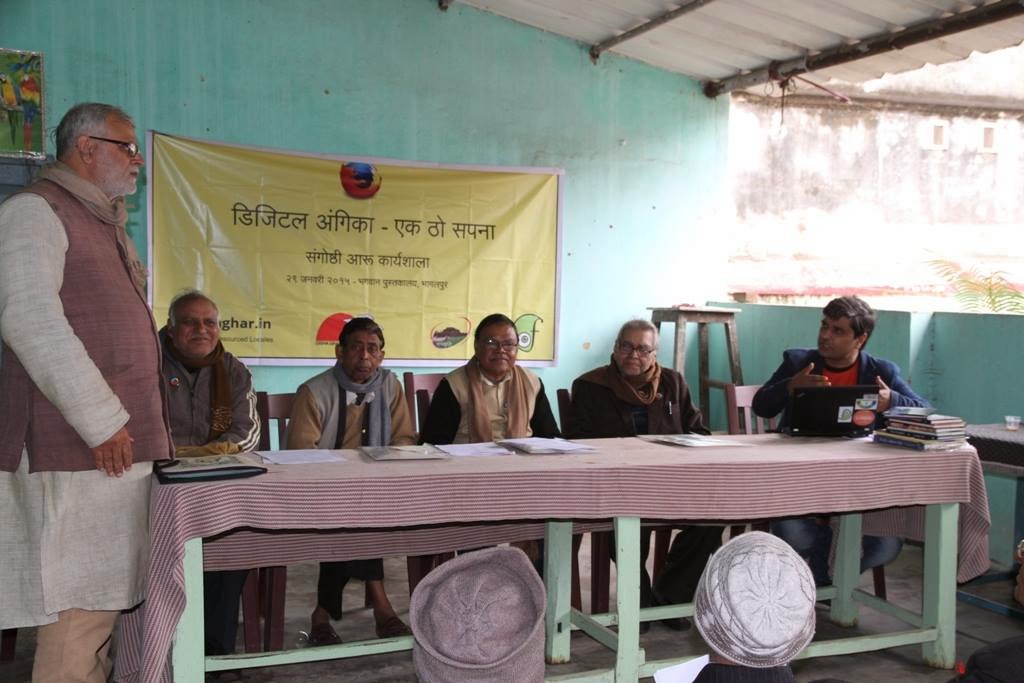 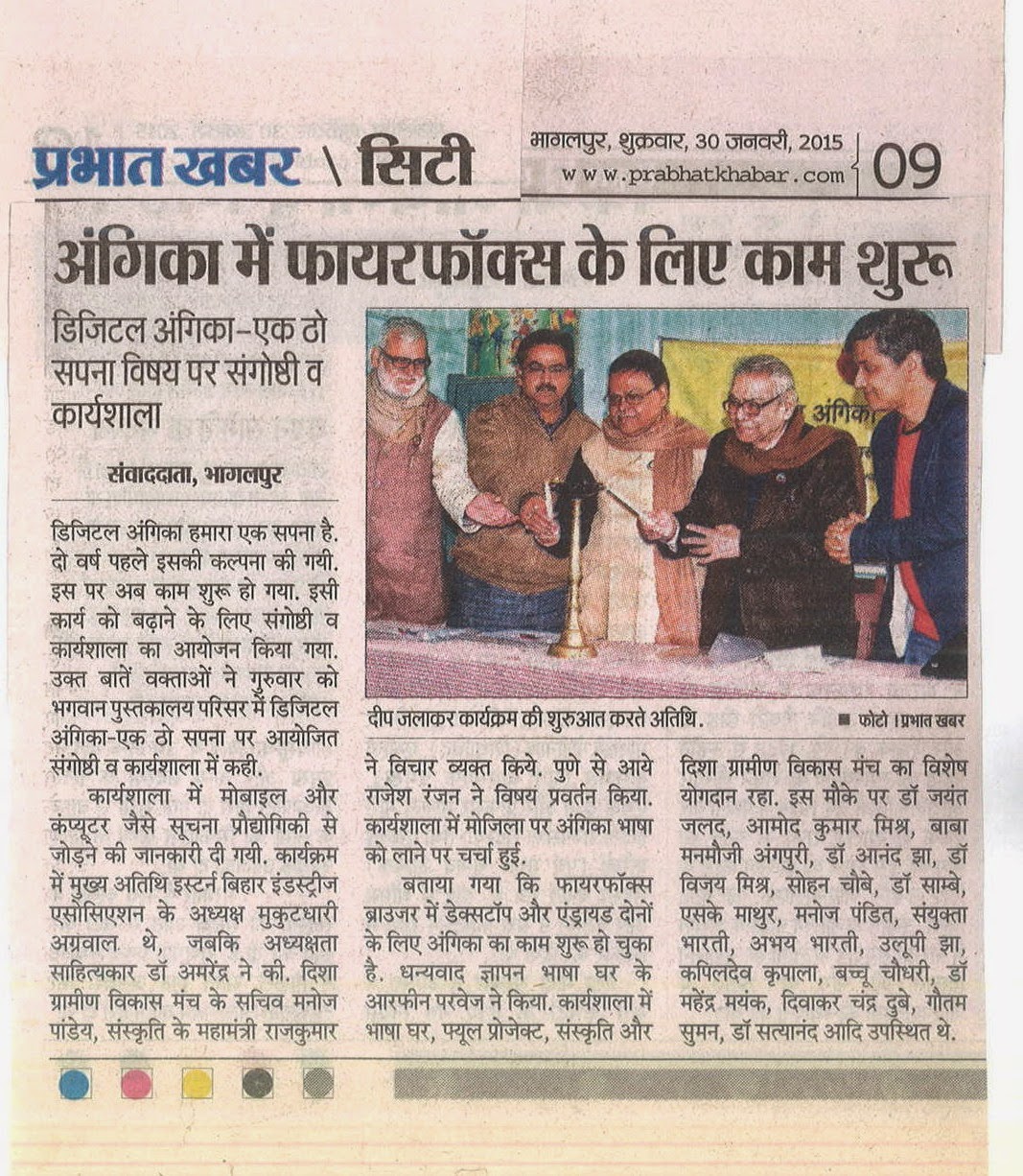 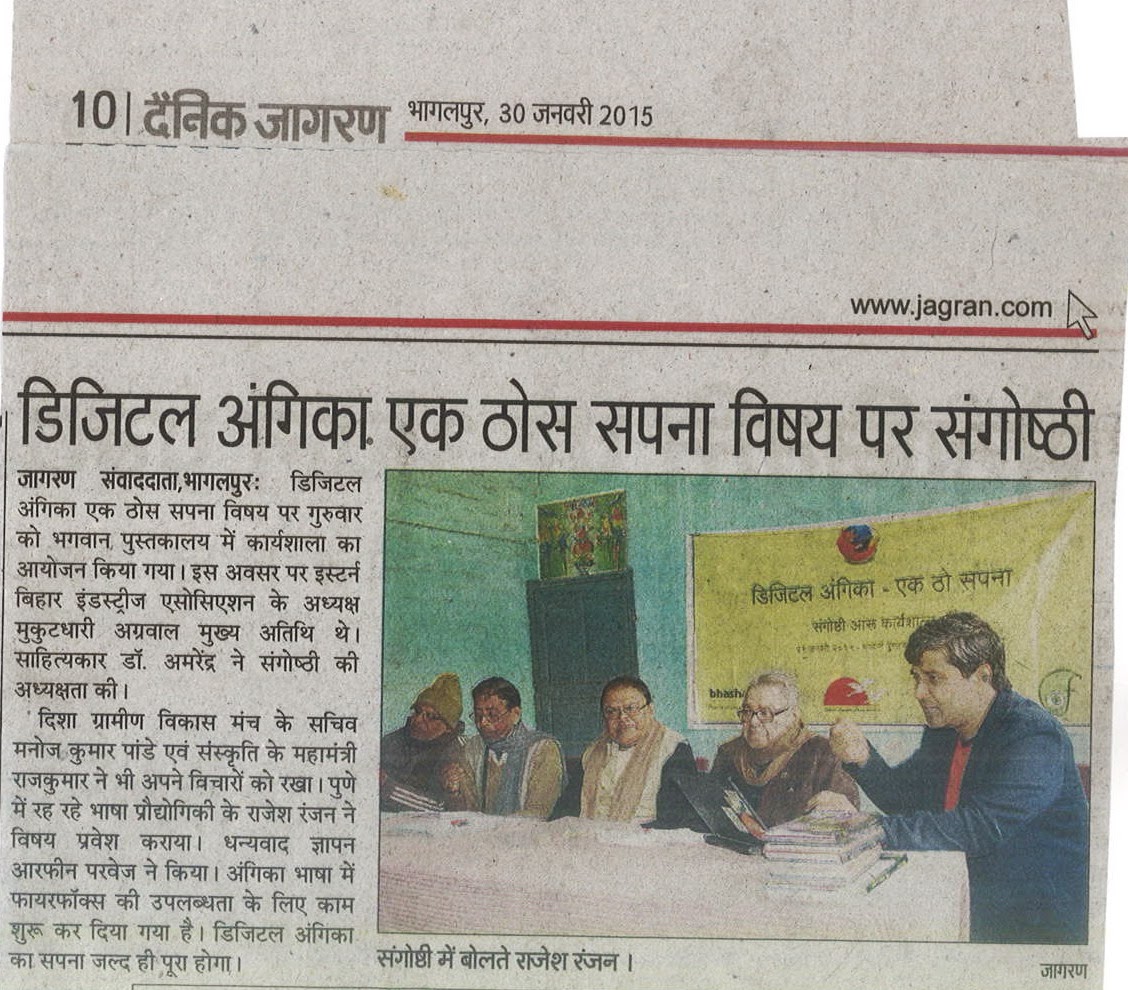 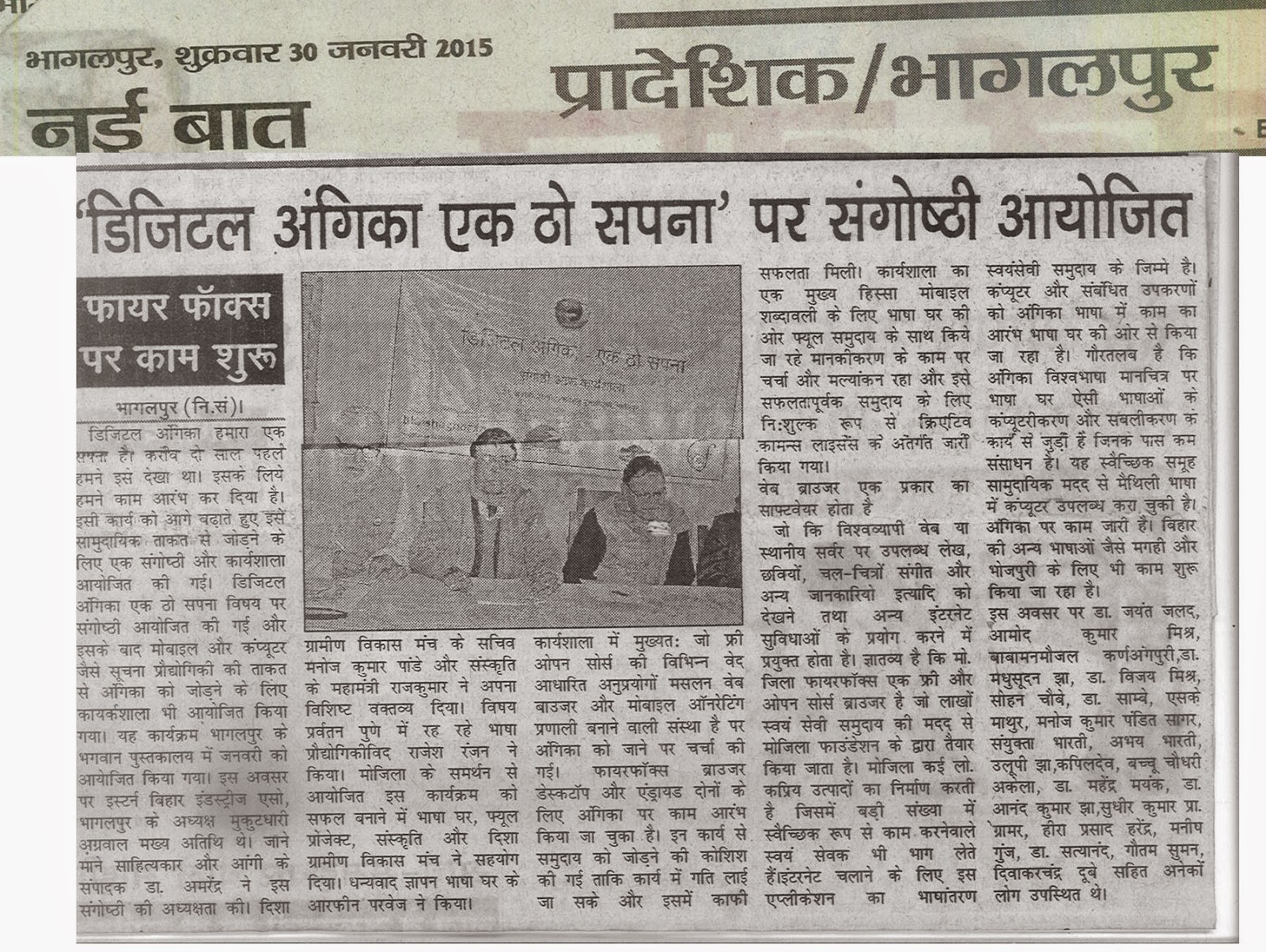 It is always a very surprising fact for me what benefits are there for a FOSS organizations to claim to be a meritocratic. GNOME is a Meritocracy! I understand the 'intention' but what is the benefit of claiming it? So, Apache, Mozilla and Document Foundation also claim along with many others. The list is long. Are you afraid of proprietary world that they will mock at you? Declaring oneself as the 'best' is not a good idea for anybody and specially for free and open source believers. What is best? What is merit? Who is measuring the merit? Show us the code! Okay. I can see some similar nature of project, FOSS based project, both are meritocratic but in one project one region is dominating while in other different region. If the pool of talent is based on meritocratic judgement, then how geography can decide who will lead. Meritocracy is an outdated myth. Also, it is loaded with lot of negative connotations. I am giving examples here just to put some examples, nothing more. I love these projects a lot and I contribute in huge way.

Typical meritocracy can only be generated in a society that has high degree of equality. So if one wants typical meritocracy, s/he should first work to establish equality. But the meritocracy is based on the principle of social inequality, so how equality can be created. This is a great paradox. And so ideally it is impossible to achieve. The existing society based on meritocracy leads to inequality. Meritocracy is based on survival of the fittest. Meritocracy leads towards monopolization. The social distance created by the ideology between the so-called meritorious and so-called non-meritorious of the system is huge and it distracts people from participation and collaboration. So it will be good for free and open source to leave this negative virtue as soon as possible. Therefore, write on the t-shirt - Show us the sex of the code, colour of the code! Unconscious bias and stereotypes are barriers in the path of different sex and colors to coexist simultaneously in coding (or documentation, or translations, or leadership, or webmastering...) domain.

Technically also, free and open Source organization should not be believing on meritocracy. It is the diversity that should drive FOSS because FOSS believes on the choice. FOSS is against monopolization. Forbes says in its Global Diversity and Inclusion report that a diverse and inclusive workforce is critical for success. The report says that the best way to ensure the development of new ideas is through a diverse and inclusive workforce. Not only in present time, people were understanding the importance of diversity and inclusion in medieval age also. There is a questions for the children of 7th standard in History textbook of India - "Why was it important for the Mughals to recruit 'mansabdars' (an official post) from diverse backgrounds and not just Turanis and Iranis?" The diversity and inclusion policy made Mughal successful in creating one of the largest Empire of History that was ruling almost whole Indian sub-continent. The example is not cited in favour of creating a monopolistic 'Empire' but certainly it tells that the importance of diversity and inclusion was even recognized by rulers of the medieval history. Research shows that organizations with stronger diversity benefit in numerous ways - more innovative, more effective, and more profitable.

In most of the areas of life we need optimization instead of maximization or say minimization, where people prefer optimum result rather than the best result. If you pull a guitar string too tight, it will snap. If you let it out too loose, it will make no noise. Only medium tensions allow the guitar to work. Often people tend to see diversity as a killer of meritocracy. This is not true at all. The diversity expands the talent pool. Actually diversity can be used as a tool for attaining some level of meritocracy also. Pāṇini, was a great Sanskrit grammarian from ancient India. He wrote Ashtadhyayi, a highly systematized and technical grammar. It surpassed its predecessor on monumental scale. Noted historian Arthur Llewellyn Basham said, "...Pāṇini's grammar is one of the greatest intellectual achievements of any ancient civilization, and the most detailed and scientific grammar composed before the 19th century in any part of the world." But at the same time, people believed that Sanskrit language declined after Pāṇini, due to the rigorous and complex logic propounded by Pāṇini. The 'merit' can be catastrophic!

2012- CBSE results 2012: Once again, girls outshine boys in class X exams. 2013 - CBSE Class 12 results: girls outshine boys. 2014 - CBSE announces class 12 results, girls top once again. One can check last 10 years results of the secondary examinations in India. But where are these girls? Why they all are not becoming engineers, leaders, scientists etc except a few. Why they are not in top management? Is this due to merit? It is saying in Bengal region of India - For a fortunate farmer wife dies, while for unfortunate farmer cow dies. If we create such a society, how will they come forward. They cannot walk on the street freely, they are afraid of man. The society of man will somewhere stop their move. And so we are unable to find these brilliant girls. And so we are unable to find the different sex in code, different colours in the code. Why coders are predominantly from one particular region? Similarly these are valid for people from different origins, different languages. Just imagine, if we just think about hiring people only from English native background, how can one person of different language having great vision and idea can be hired. This makes our talent pool very small. So this decides the growth and innovation. The diversity and inclusion is a 'formula for success' and so have this slogan on the t-shirt -
Show us the sex of the code, colour of the code!
प्रस्तुतकर्ता राजेश रंजन / Rajesh Ranjan पर 2:52 AM 1 comment: 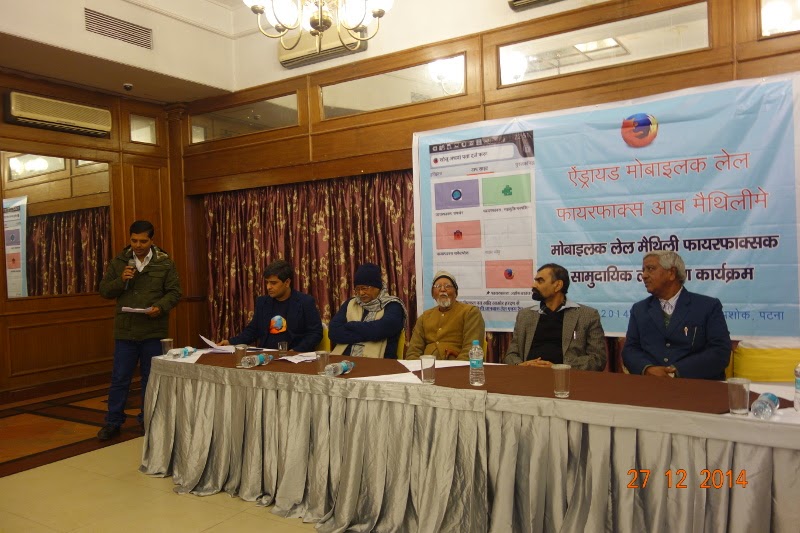